My hiatus in Cardiff by the Sea, CA was both peaceful and productive.

The peaceful part for me is inherent in just being by the ocean. That, coupled with sunshine, loads of hummingbird activity, and what I call “nesting”—ample time to think, noodle, and simply be.

Thirteen out of the nineteen days were writing days. That’s where the productivity came in. I’m well on my way to completing Iconoclast—book two of the thriller series I’m currently working on.

When was the last time you carved out P-Squared time?

Take a spin around, click on links, and test-drive some of the features at at lauriebuchanan.com.

Is Tuesdays With Laurie going away? Not on your life! You’ll still find me here every Tuesday.

[bctt tweet=”What are your plans for the new decade?” username=”@TuesWithLaurie”]

What are your plans for the new decade?

“Writers are the wind that sail words across the page.” —Laurie Buchanan

I’m currently in Cardiff by the Sea, CA, on a ten-day hiatus (May 4-13) to work on book two in the Creative Quill suspense/thriller series.

As you can well imagine, I’m enjoying every moment. I wake up early and write until about 3:00pm, then I cool my jets by taking a long walk along the beach. Did I mention that I’m having a blast?

I’ve turned off comments for this post but will be back with a regular to-and-fro post next week.

My most recent, “nailed-it” moment was when I typed The End on my first fiction novel—book one in a suspense/thriller series. After fist-punching the air, I burst into happy tears.

I wasn’t alone in my writing effort. At last year’s UW-Madison’s Writers’ Institute, I was honored to promote the Pathway to Publication program and signed up for it myself. My coach was Christine DeSmet. She figuratively held my hand through the new-to-me fiction territory, taking the fear out of it and making it a distinct pleasure.

Now I’m working on book two in the series.

What’s your most recent “nailed it” moment?

Last week I, along with several other writers, took a tour of the Idaho State Police Crime Lab. Our tour guide, Rylene Nowlin, is a DNA specialist.

During the tour, I saw and learned so many interesting things. From the processing of rape kits to cyanoacrylate (super glue) fuming to develop latent fingerprints, and everything in-between.

For obvious reasons, we weren’t allowed to take photographs inside the crime lab. Here’s a shot of the outside of the building.

Rylene shared stories that made us laugh (some people are clearly out to eliminate themselves from the gene pool), and stories that curled our hair (how can people be so cruel?).

Did you know that a coroner is an elected official who doesn’t have to have a medical degree? In fact, they don’t have to have any type of degree. None whatsoever. They just have to be able to get elected. There are places where the local feed store operator is a coroner.

On the other hand, a medical examiner by definition is a licensed physician, and in most cases, they’re trained to be forensic pathologists. They’re appointed to the position.

Did you know that forensics is a female-dominated field? That is so up my alley (when I was growing up I wanted to be a mad scientist). In another lifetime I’m going into forensics!

In another lifetime, what field of study would you go into?

On January 24th, I attended the Mystery Writers Academy hosted by the Idaho Writers Guild and presented by Vickie Gooch, a detective in the Major Crimes Unit of the Idaho State Police. 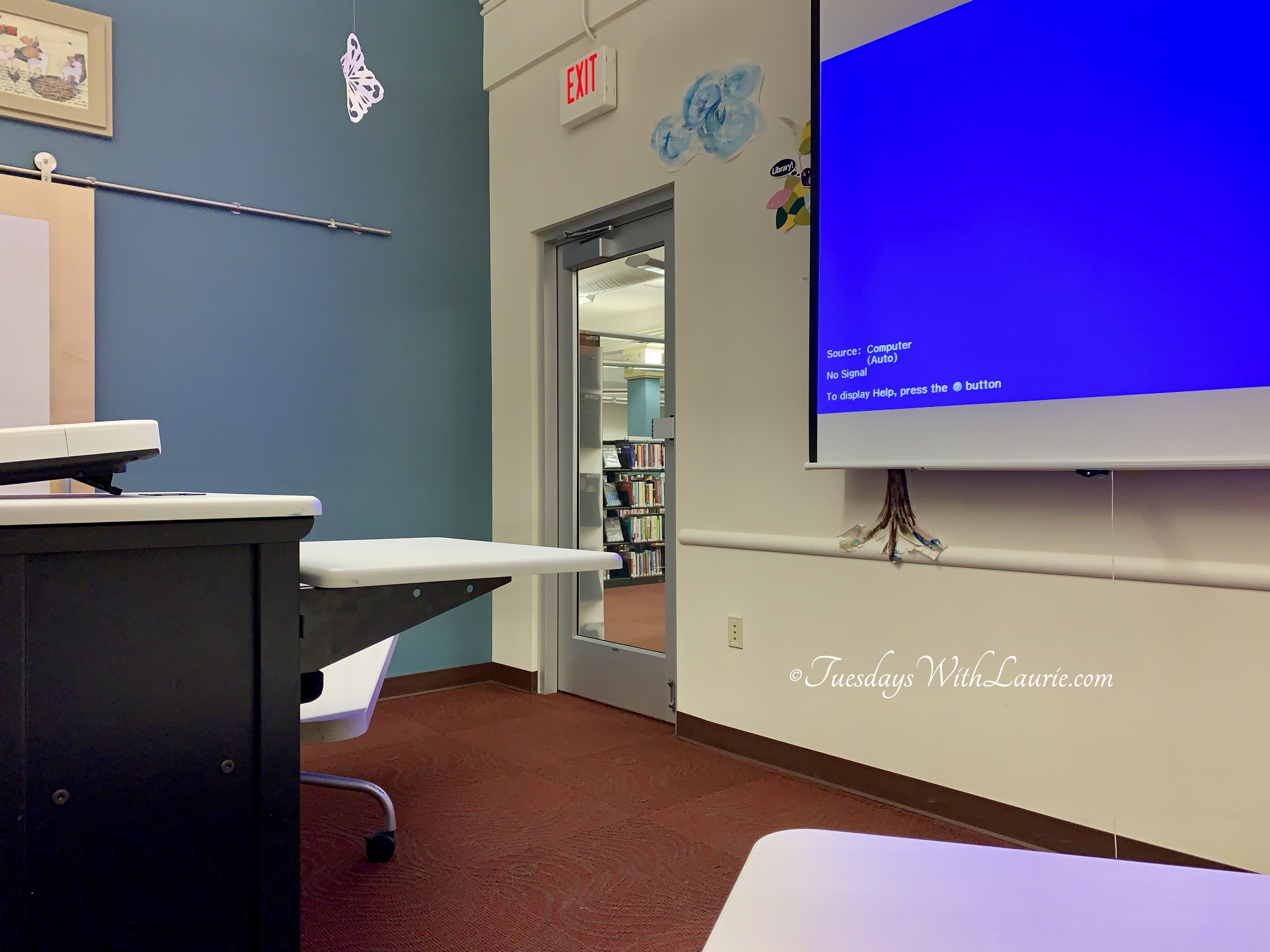 I now know more about sex crimes, the production and sale of drugs, violent offenders, “suicide by cop,” probable cause affidavits, ViCAP (the FBI’s violent offender program), human trafficking, Touch DNA, cold case homicides, and serial killers than I ever dreamed of. All of it is necessary knowledge when you’re writing a suspense/thriller novel and you want the details to be accurate.

Vicki Gooch’s presentation and examples were outstanding. She’s knowledgeable, humorous, approachable, and a high-energy presenter who kept her writing audience right where she wanted us—dangling at the end of her sharp hook! She’s a great teacher who looks sweet, loving, kind, and thoughtful. But as we all know, appearances can be deceptive. This woman can kick butt and take names!

On February 28th I’m taking a tour of the Idaho State Police Crime Lab. Just imagine what I’ll learn there!

What’s your most recent learning?

I’m excited to share that I’ve signed my third publishing contract. In the photo below I’m mailing it back to the publisher. This book is slated to hit the shelves in August 2020. I’m over the moon with excitement—Woohoo!

My first two books are nonfiction.

For my third book, I’m taking a walk on the wild side and writing a suspense novel that takes place in the Pacific Northwest. No spoilers here, that’s all I’m sharing right now. Stay tuned for carrot-dangling details.

This book wouldn’t be possible without the Pathway to Publication program at the Writers’ Institute and my writing mentor, Christine DeSmet. We’ve worked together before, and it’s a privilege to work with her again.

The next Writers’ Institute is April 4-7. I’ve attended as a student and as a teacher—both. I can tell you experientially that it’s one of the best writing conferences in the country!

A few months before publication, I’ll be looking for mystery-suspense-thriller authors to read my third book for potential author endorsement blurbs. If you fall into that category and are interested, please let me know via email by using the contact page.

Have you ever written or considered writing a book?

I adore my writing studio at home. It’s bright, sunny, and there are lots of beautiful trees, flowers, and shrubs to look at through the five large windows that comprise two of the walls.

But on those occasions when you need to get away, you don’t want to be found, sidled up to, interrupted, or chatted with…

I’ve found a spot that’s even better than the public library (you might be recognized there). Go to the law library at your local college or university. In Boise, we have the College of Law—University of Idaho.

Everyone in the study area of a law library is working against deadlines. They’re much too busy even to look up. You can hear a pin drop. It’s a writer’s paradise!

If you enjoy a bit of background noise, merely pop your earbuds in and listen to your favorite writing music. Several years ago I posted a playlist for writers. It’s called The Key of Sea and can be found by following this link: https://tinyurl.com/y6w7kenr.

“A library outranks any other one thing a community can do to benefit its people. It is a never failing spring in the desert.” —Andrew Carnegie

When you need to hide out, where do you go?

Today is the official Pub day for my second book, The Business of Being: Soul Purpose In and Out of the Workplace. I’m pleased to say that it’s a 2018 International Book Awards Finalist in the Self-Help/Motivation category.

The Business of Being is available wherever books are sold, but if it’s not currently in stock at your favorite bookstore, they can order it for you.

If you’re not able to attend one of the following author events, but you’d like a signed copy, please call my local bookstore (Rediscovered Books, details below); and they’ll ship it to you within 24-hours.

If you read The Business of Being and enjoy it, I hope you’ll post a brief review on both Amazon and GoodReads. Reviews are the lifeblood for authors.

What book are you currently reading?

Perhaps you’ve heard of or seen the movie, “A Room With A View,” but what Willa and I passed on our walk along the Greenbelt was definitely a view with a room.

We were meandering along, enjoying all of nature’s sounds (me) and scents (Willa) when all of a sudden the beautiful circular window surrounded by pink blossoms caught my attention.

“Look at me, just look at me, will you?!” it cries. We slowed down to take a look. Not just a cursory glance, but a real look.

Our view—from the outside, in—is lovely! From the inside, theirs has to be spectacular as they overlook the Boise River. To my way of thinking, it would make an excellent writer’s loft.

What comes to mind as you look at the circular window winking out from behind the fragrant pink blossoms?