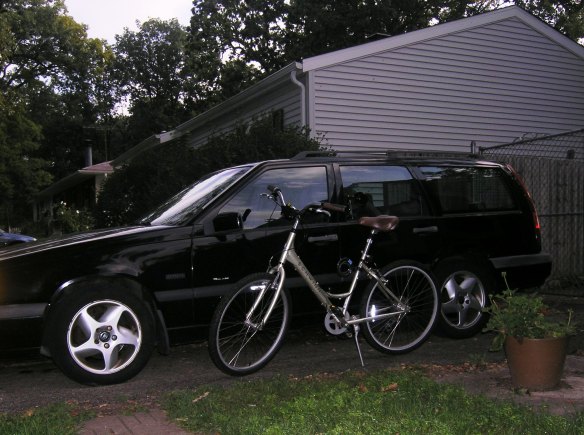 The Law of Gross Tonnage

The law of gross tonnage is usually thought of in terms of the maritime world—an unwritten, yet accepted nautical law that has everything to do with common sense: “If it’s bigger than you are, get out of the way.”

As bicyclists we, too, have this law. Together my bike and I weigh well-less than 200 pounds. A car—even a small one—weighs a heck of a lot more! In the state of Illinois it’s a law that vehicles passing a cyclist must give them at least 3 feet of space.

It’s a nice law to have on the books, but in our real-life experience, sometimes we’re lucky if we get 3 inches. But when push comes to shove, regardless of the written law, the unwritten, yet accepted law of bicyclists dictates, “If it’s bigger than you are, get out of the way.”

“Life is like riding a bicycle. To keep your balance you must keep moving.”
–Albert Einstein

“Life is like a ten speed bicycle. Most of us have gears we never use.”
–Charles M. Schulz

“Whenever I see an adult on a bicycle, I have hope for the human race.”
–H.G. Wells

“I thought of that while riding my bicycle.”
–Albert Einstein on the theory of relativity

“Nothing compares to the simple pleasure of riding a bike.”
–John F. Kennedy

“Chasing records doesn’t keep me on my bike. Happiness does.”
–Lance Armstrong after his third Tour de France victory

“Melancholy is incompatible with bicycling.”
–James E. Starrs (sometimes referred to as the father of Indiana Jones)

Wasps don’t adhere to the law of gross tonnage. Even though we weigh thousands of times more than they do, they’ll still chase a bicyclist down and sting him right through his glove! 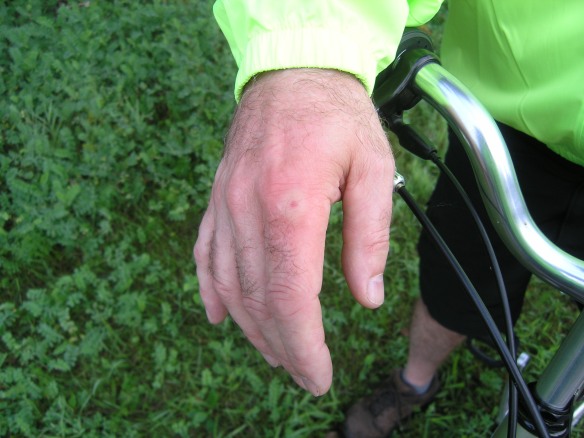 Wasps Don't Adhere to the Law of Gross Tonnage

14 thoughts on “The Law of Gross Tonnage”