The scientific community has countless laws, theories, and principles:

The law of gravity, The big bang theory, the law of thermodynamics, Hubble’s law of cosmic expansion, Kepler’s three laws of planetary expansion, Archimedes’ buoyancy principle, and Einstein’s theory of general relativity, to name but a few.

Clearly, one of the most common principles has never been recognized, let alone named. Yet it’s evidenced in thousands of households across the globe — daily. And I’m here to lay claim to fame by pointing it out and naming it — The Hurl Principle.

Ladies and gentlemen of the jury (readers), based on evidence I submit below, and with substantiation from your very own households, you can attest to whether or not this principle does, indeed, exist:

Exhibit A
With the exception of two small rugs, our home — like many of yours — has smooth, hard surface floors throughout.

Exhibit B
Be it K9 or feline, a book can not be judged by it’s cover (don’t be sucked in by her regal, yet innocent expression)… 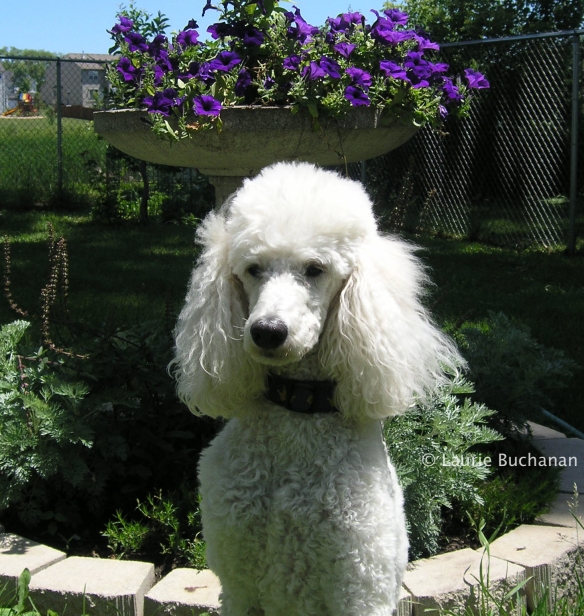 When said K9‘s and/or felines feel like they’re going to toss their cookies, vomit their vittles, or hork their hash — they immediately evacuate all smooth surfaces and without fail, lose their lunch on the closest rug or carpeted surface they can find.

With hundreds of easy-to-clean square feet at their beck and call, they rush to a rug — evan a postage-stamp sized rug will suffice — and belch in braille, chortle their chunks, hork their hooey!

Do you have a companion animal who supports this scientific principle?

“Whatever you are not changing, you are choosing.” — Laurie Buchanan

The Book — Discovering the Seven Selves
The Experience — Life Harmony

96 thoughts on “The Hurl Principle”