Dandelions are popping up all over our yard right now. They’re hearty enough to withstand almost anything (I suspect they’d even survive ravages of a nuclear kind), and their seed dispersal method is remarkable!

Starting out as cheerful yellow flowers… 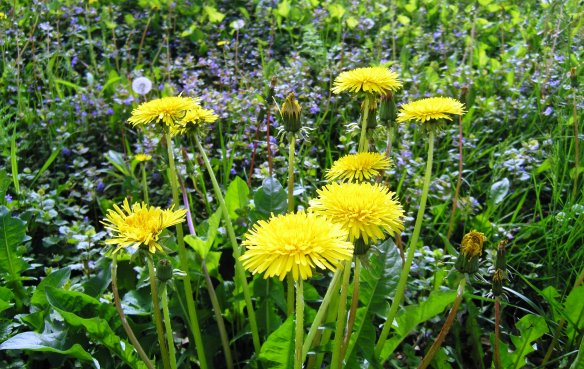 Starting out as cheerful yellow flowers

… dandelions quickly mature and turn into puff balls. The white fuzz is attached to seeds that act as parachutes.

Riding on the wind, platoons of tiny paratroopers are carried away for one purpose only—a single-minded, tactical mission—to multiply. 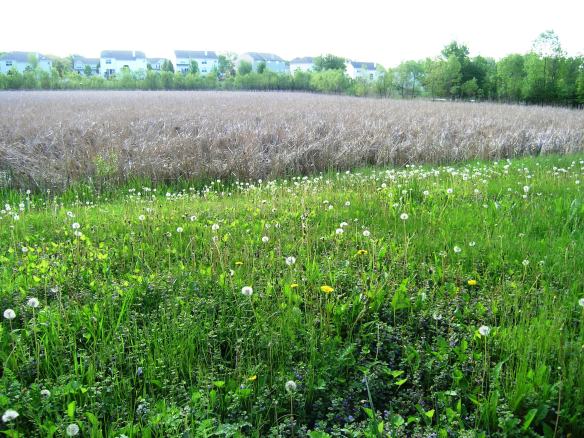 Having one purpose only -- to multiply

In researching the etymology for the word “dandelion,” I expected to find the name came from the flower’s similar appearance to that of the regal, golden mane of lions. Not so.

The English name dandelion is a corruption of the French dent de lion, meaning lion’s tooth—referring to the coarsely-toothed leaves.

Did you know that all parts of a pesticide-free dandelion are edible and have medicinal and culinary uses? As a matter of fact, they’ve long been used as a liver tonic, diuretic, and for making dandelion wine.

Then, of course, there’s the Dandelion Doo sported by the one and only Alexis de la Luna (lovingly referred to as Lexi) in the Buchanan household.

What is it that you’re dispersing—sending forth to multiply?

“Whatever you are not changing, you are choosing.”
— Laurie Buchanan

30 thoughts on “A Simple Case of Multiplication – Dandelion Style”