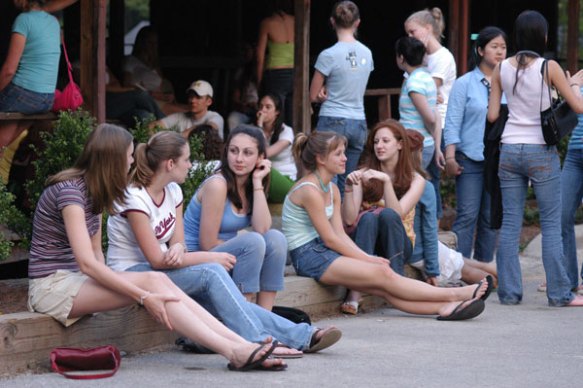 Unity is Birthed by Individuals (UW-Madison by Laurie Buchanan)

Unity, though concerned with the larger group, is birthed by individuals—you and me. It’s my perspective the unity has two orientations:

The intersection of these two lines is the seat of compassion—the key ingredient for unity at its best.

Connecting with like-minded people helps to make us aware of our inherent unity. When we’re warmly included—validated—it nurtures a warm sense of belonging; a sense that we’re part of something bigger than ourselves.

One of my friends, an aspiring writer shared, “I wish I weren’t so shallow. But sadly, honestly, I am. I wait for validation. I wait for recognition. I wait to be invited … by him … by her … by them … by the publishing world. While I wait, I sharpen the tools of my craft and I dream.”

There are a multitude of groups we can align ourselves with: ethnicity, religious affiliation, spiritual tradition, sexual orientation, and political association—to name but a few. Regardless, as the camel driver in Paul Coelho’s book The Alchemist said, “All of our life stories and the history of the world were written by the same hand.” Inherent unity.

Being one’s authentic self within a group is vital. Frank Lloyd Wright, the father of organic architecture said, “The reality of a building is the space within. And what you put into that space will affect how you live in it and what you become. Don’t clutter the place with stuff that does not ennoble it.”

His point is that it’s the details that express the whole. This is equally true of our personal ecology—inner landscape—which brings us right back to the beginning. Unity, though concerned with the larger group, is birthed by individuals at our compassion-filled, authentic best.